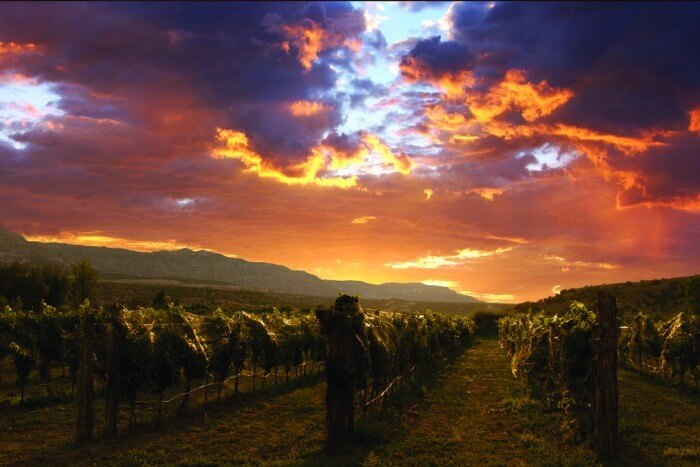 Tucked in the lush fields of Cañon City is a Gothic Revival style Abbey. While you’ll no longer find monks walking its grounds, you’ll discover a hidden gem—locally vinted, award-winning wines set against the stunning backdrop of the Royal Gorge Region.

The Winery at Holy Cross Abbey invites visitors to its winery and tasting room, where staff guide you through a flight tasting of Riesling, Syrah, Merlot, Sauvignon Blanc and much more. Although the wine is spectacular, it’s the architecture, the history, and the natural surroundings that really take your breath away.

Two Benedictine monks came from Pennsylvania to Colorado to establish the Order of St. Benedict Monastery in 1886. Upon the building’s completion, the monks opened a boarding school and made their first attempts at establishing a winery.

The school hit its height of popularity in the 1960s, after which enrollment steadily declined until the school was forced to close in 1985.

In order to find a new means of financial income, the Abbey’s remaining 20 monks returned to the idea of establishing a vineyard. In 2000, they entrusted the production to a professional viticulturist who began producing wine the following year.

The winery and tasting room opened to the public in 2002, welcoming visitors to its beautiful and serene Rocky Mountain vineyard.

Winery of the Year

This year, The Winery at Holy Cross Abbey adds another award to its ever-growing list—Colorado Association for Viticulture & Encology (CAVE) Winery of the Year. Surely, the winery has come a long way from its humble beginnings in 1886!

Although the monastic community dissolved in 2005, its spirit is felt in the winery’s tasting room, which is open daily, year-round.

Promote Your Business or Next Event with Think Colorado.  Details: hello@thinkcolorado.com