As far as beer festivals go, the annual Great American Beer Festival is the biggest of them all!

September 20th through September 22nd, hundreds of brewers will descend on Denver to showcase new and unusual beers, culminating in the largest collection of U.S. beer ever assembled.

During this fun festival, brewers serve their beer directly to attendees in single-ounce tasting portions, making it possible to try a whole lot of varieties.

It’s no surprise the Great American Beer Festivals has found a home in Denver. Not only does Denver have the world’ largest single brewery (Coors), it also has the nation’s largest brewpub (Wynkoop Brewing Company) and the highest number of home brewers.

The Great American Beer Festival takes place inside the Colorado Convention Center. Over the course of its three days, there are four separate four-hour sampling sessions—one Thursday, one Friday, and two on Saturday.

After a few days of judging, awards are presented inside the convention center’s Bellco Theater on Saturday. The 2018 GABF will occupy nearly 600,000 square feet of the Colorado Convention Center, a 100,000 square foot increase from 2017. Also, 2018 will be the first year brewers will be placed alphabetically according to their name rather than grouped according to the state they come from. 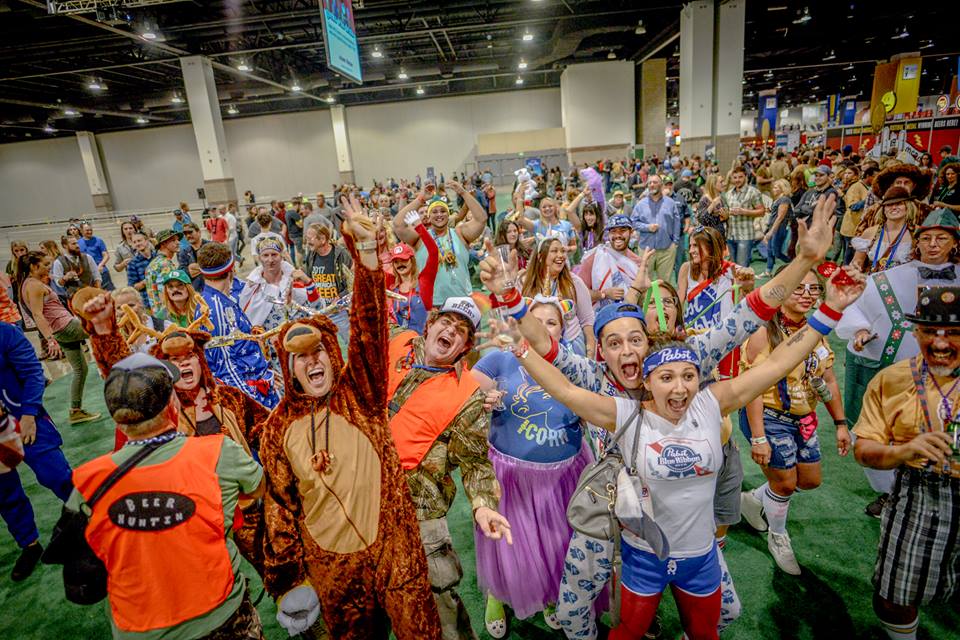 🎯 Promote Your Business or Next Event with Think Colorado.  Details: hello@thinkcolorado.com