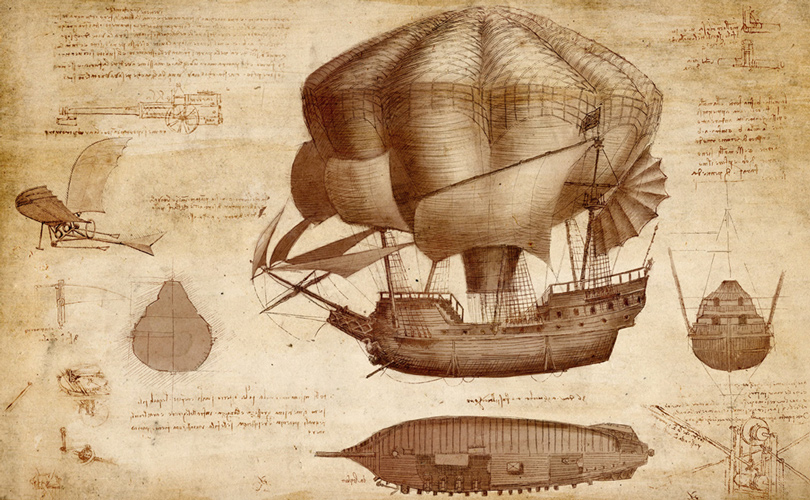 Watch Leo’s Top 7 Inventions Here
You probably know something about Leonardo da Vinci, like he painted the Mona Lisa or he drew that guy in the circle with his arms spread wide (it’s called the Vitruvian Man by the way). But these are just the tip of the giant Leonardo de Vinci iceberg, and the Denver Museum of Nature and Science has a new temporary exhibit that will tell you everything that lays beneath the surface.

Leonardo da Vinci: 500 Years of Genius at the Denver Museum of Nature and Science is an exhibit that shares the world of Leonardo the inventor, Leonardo the artist, Leonardo the scientist, anatomist, engineer, architect, sculptor, philosopher…

Although Leonardo da Vinci died in 1519, his influence has endured, and now it can be seen in the most comprehensive exhibition about Leonardo ever presented.

You will be introduced to Leonardo through replicas of his books of notes and sketches that were carefully re-created in Italy and remain the primary insight into his genius. The exhibit’s creators also built more than 70 replicas of Leonardo’s inventions using his detailed concepts.

By having the opportunity to examine these inventions up close, you’ll have a better understanding of Leonardo’s fundamental scientific and artistic principles and how they continue to have an incredible impact on the world. His inspiration laid the groundwork for many machines and devices, including the helicopter, airplane, automobile, submarine, scuba gear, and military tank.

Other features of the exhibit include a Mona Lisa display where you’ll engage in a super-magnified examination of the famous painting, a multi-sensory cinematic experience, and a Leonardo-inspired catapult you can test yourself!

Promote Your Business or Next Event with Think Colorado.  Details: hello@thinkcolorado.com