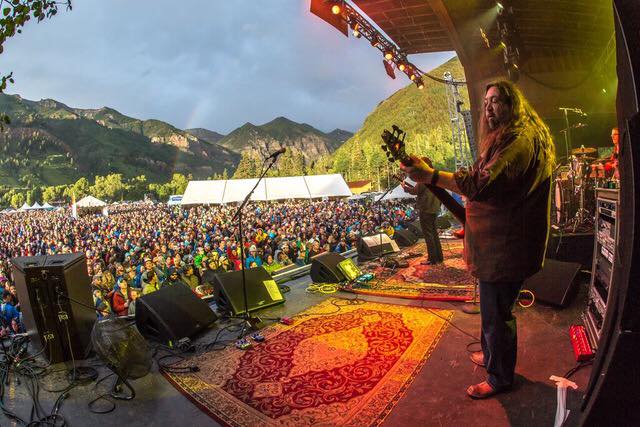 Looking for a stellar summer rock fest in an even more incredible location? Then head to Telluride July 12th through July 14th for the 8th Annual RIDE Festival. With headliner Widespread Panic, you know it’s going to be a wild ride and a fabulously fun weekend.

The festival’s venues range from intimate to historic, with stages at the Wood Ear, the Moon at O’Bannon’s, the Liberty, Telluride Town Park, and the Sheridan Opera House.

Aside from Widespread Panic, more than two dozen other artists and bands join the RIDE Festival’s incredible lineup. These include Rose Hill Drive, Big Head Todd & the Monsters,and more.

Bring the kids along and let them play at the kid’s tents. The Ah Haa School for the Arts’seasoned staff and interns will be providing an assortment of arts and crafts projects including face painting, jewelry crafts, t-shirt decorating and design, and more.  Kid’s Tent staff will oversee organized games. There will also be a glass blower display and a variety of shows on the kid’s stage such as magic acts, acoustic sing-a-longs, and open mic.

As with any great festival, vendors will be lined up to tempt you with all sorts of goodies. From creative clothing to new, innovative gear, you’ll be sure to find something wonderful to take home as a souvenir.

Day passes, general weekend passes, and VIP passes are all available for sale and range from $75 to $568.

Since its debut in 2012, The RIDE Festival has quickly garnered a reputation among music fans for its thoughtful performance curation—handpicking rootsy, rocking talent whose music flawlessly compliments the festival’s stunning setting. Past RIDE Festival lineups have included such acts as Pearl Jam, Beck, David Byrne and St. Vincent, Sheryl Crow, Thievery Corporation, North Mississippi Allstars, The Lumineers, among others. 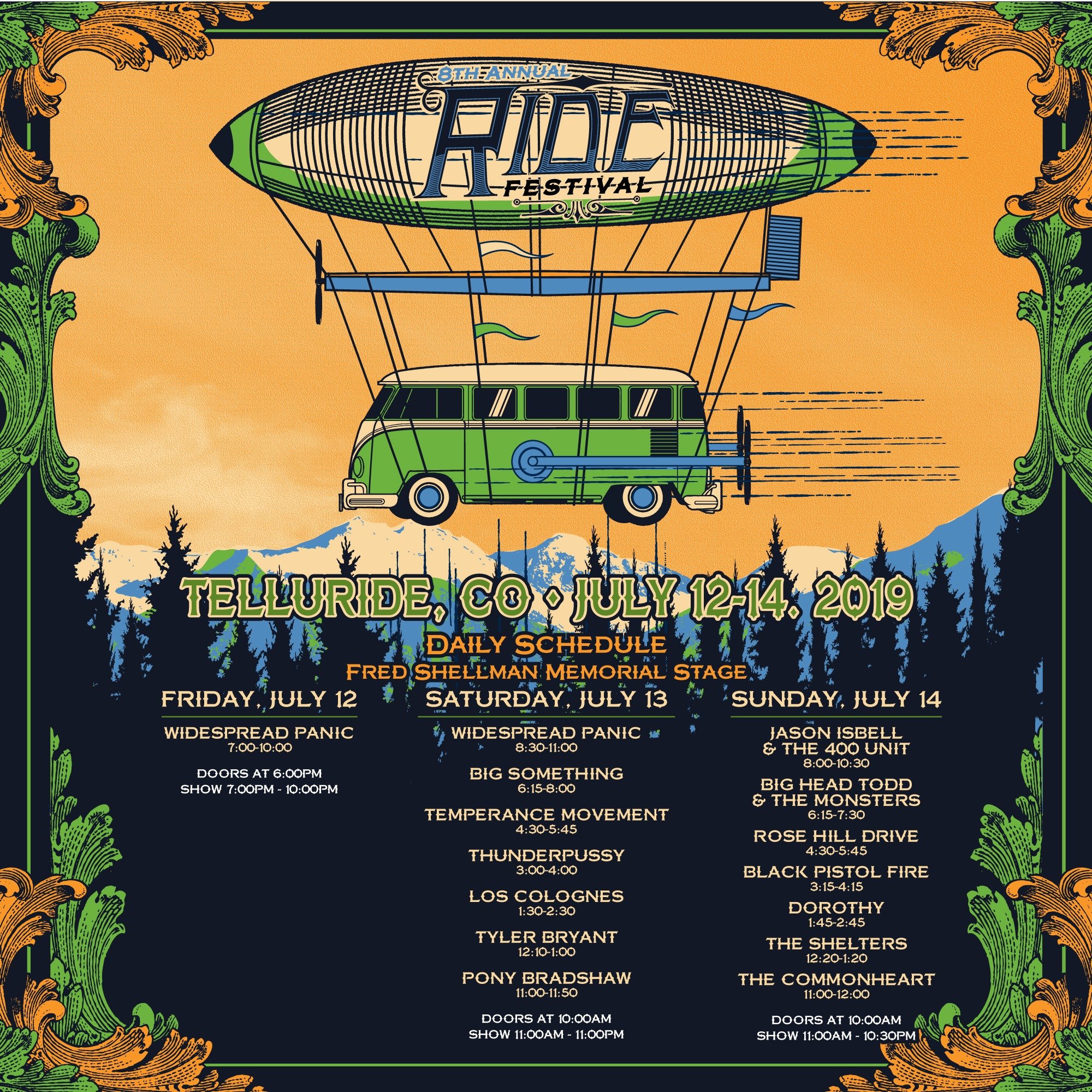 🎯Promote Your Business or Next Event with Think Colorado  ➥ Details